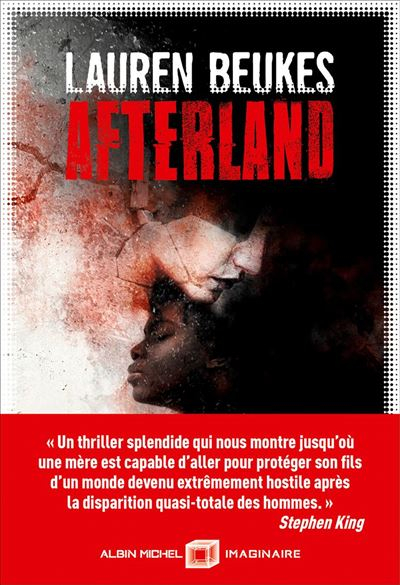 This is America, but not like you know it. Years after the decimation of the male population by a super-virus, the country has refashioned itself with new laws, new customs, and new methods of shame and punishment. Now, hiding a living and healthy male is one of the gravest offenses, rivaled only by the murder of a man. Cole is a mother on the run, guilty of both crimes, and desperate to find a safe life for her adolescent boy Miles.

As the two drift throughout the transformed states of the West, they hide Miles' identity while evading a mysterious, powerful man bent on justice. From a commune in the Rockies to a high security laboratory in the redwoods of northern California, the two tensely negotiate an existence on the fringes of a new America.

Cole's goal for her son and herself is escape, a family in South Africa, a slim chance at a better life. Mother and child see their chance, at last, in the wanderings and secret goals of a cult--if only Cole can keep Miles' true self hidden, and as long as they can stay one step ahead of an ex-boyfriend from hell.