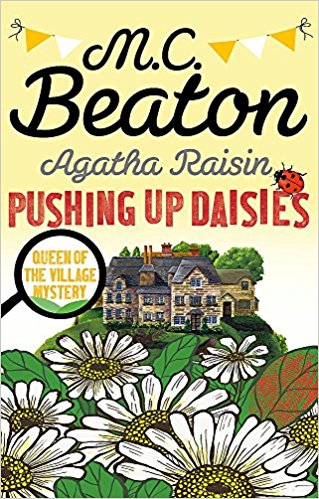 Lord Bellington, Carsely's biggest landholder, has enraged locals by saying he is going to sell off their allotments to make way for a new housing development. So when he turns up dead, poisoned by antifreeze, nobody mourns his passing.

On another fine summer's day Agatha visits Carsley's allotments where everything looks peaceful and perfect: people of all ages digging in the soil and working hard to grow their own fruit and veg. Agatha feels almost tempted to take on a strip herself . . . but common sense soon prevails. She doesn't really like getting her hands dirty.

She is introduced to three oldtimers who have just taken over a new strip; Harry Perry, Bunty Daventry and Josephine Merriweather are lamenting the neglected condition of the patch. But as Harry starts to shovel through the weeds and grass his spade comes across something hard so he bends down and tries to move the object. And then he starts to yell . . .

The body is that of Peta Currie, a newcomer to the village - but who would want to murder her? Blonde and beautiful she's every local male's favourite. And then Lord Bellingham's son engages Agatha to do some digging of her own and very soon Agatha is thrown into a world of petty feuds, jealousies and disputes over land. It would seem that far from being tiny gardens of Eden, Carsley's allotments are local battlefields where passions - and the bodycount - run high!