Guards of the Shadowlands, book 1 : Sanctum 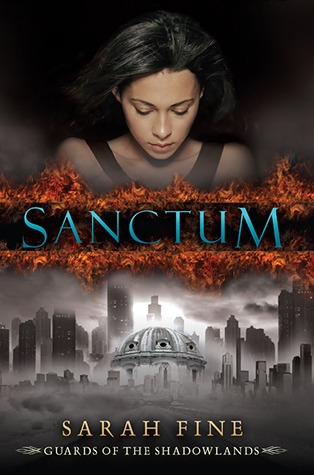 Saga Guards of the Shadowlands

“My plan: Get into the city. Get Nadia. Find a way out. Simple.”

A week ago, seventeen-year-old Lela Santos’s best friend, Nadia, killed herself. Today, thanks to a farewell ritual gone awry, Lela is standing in paradise, looking upon a vast gated city in the distance—hell. No one willingly walks through the Suicide Gates, into a place smothered in darkness and infested with depraved creatures. But Lela isn’t just anyone—she’s determined to save her best friend’s soul, even if it means sacrificing her eternal afterlife.

As Lela struggles to find Nadia, she’s captured by the Guards, enormous, not-quite-human creatures that patrol the dark city’s endless streets. Their all-too-human leader, Malachi, is unlike them in every way except one: his deadly efficiency. When he meets Lela, Malachi forms his own plan: get her out of the city, even if it means she must leave Nadia behind. Malachi knows something Lela doesn’t—the dark city isn’t the worst place Lela could end up, and he will stop at nothing to keep her from that fate.