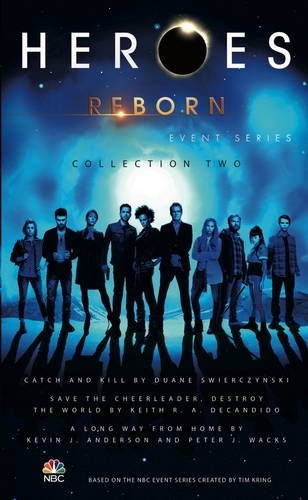 “CATCH AND KILL” BY DUANE SWIERCZYNSKI

A nationwide tragedy took away Luke and Joanne Collins’ son, and now they roam the country in search of those they feel were responsible for his death. Their goal is simple: catch and kill.

“SAVE THE CHEERLEADER, DESTROY THE WORLD” BY KEITH R. A. DECANDIDO

When she jumped off a Ferris wheel in Central Park and survived, Claire Bennet changed the world. Now “Evos” - Evolved Humans - are exposed. In this story we discover what happened to Claire after that fateful moment.

“A LONG WAY FROM HOME” BY KEVIN J. ANDERSON AND PETER J. WACKS

A group of Evolved Humans use their abilities to plan an escape from a detention center for people with very unusual powers.