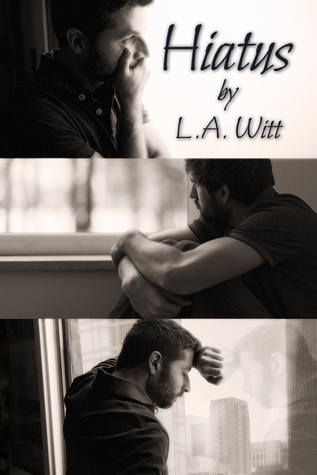 Rock star Nate Keller is on top of the world, but his headlining tour has one drawback. It keeps him away from his boyfriends Theo and Cameron for weeks at a time. They make every effort to come see him as often as possible, though, and after four and a half years as a trio, things are still going strong.

But then Cam comes alone, bringing news that stops Nate’s world on a dime—after seventeen years together, he and Theo are separating. It’s a trial separation, but nevertheless, Nate is devastated. He tries to pull them back together, but there’s only so much he can do from the road.

At home, Cam tries to carry on, but feels like his whole life is spiraling out of control. Theo struggles to cope with the split and his worsening depression. They’re both quickly losing hope for a reconciliation… and keeping the man they both still love.

When Nate makes a desperate last ditch attempt to pull their trio back together, it’s make or break time. Is their trial separation just a temporary hiatus? Or is this the end?