Married to Magic, book 1: A Deal with the Elf King 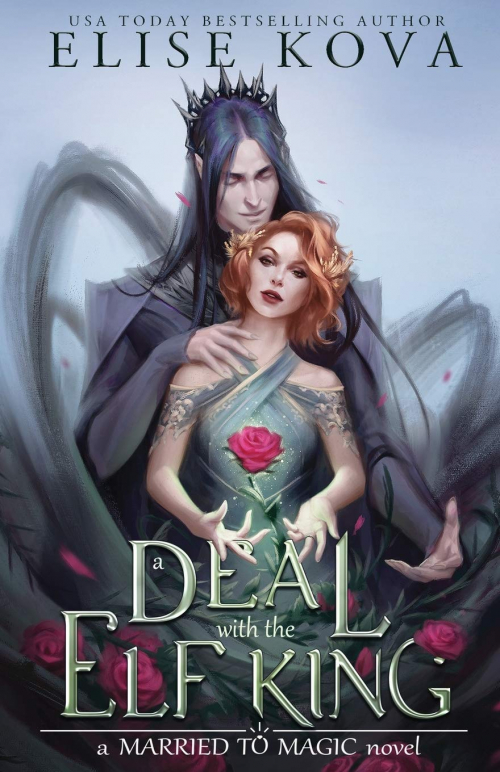 The elves come for two things: war and wives. In both cases, they come for death.

Three-thousand years ago, humans were hunted by powerful races with wild magic until the treaty was formed. Now, for centuries, the elves have taken a young woman from Luella's village to be their Human Queen.

To be chosen is seen as a mark of death by the townsfolk. A mark nineteen-year-old Luella is grateful to have escaped as a girl. Instead, she's dedicated her life to studying herbology and becoming the town's only healer.

That is, until the Elf King unexpectedly arrives... for her.

Everything Luella had thought she'd known about her life, and herself, was a lie. Taken to a land filled with wild magic, Luella is forced to be the new queen to a cold yet blisteringly handsome Elf King. Once there, she learns about a dying world that only she can save.

The magical land of Midscape pulls on one corner of her heart, her home and people tug on another... but what will truly break her is a passion she never wanted.