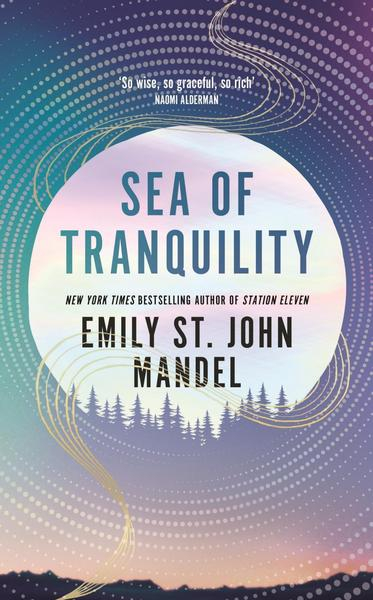 In 1912, eighteen-year-old Edwin St. Andrew crosses the Atlantic, exiled from English polite society. In British Columbia, he enters the forest, spellbound by the beauty of the Canadian wilderness, and for a split second all is darkness, the notes of a violin echoing unnaturally through the air. The experience shocks him to his core.

Two centuries later Olive Llewelyn, a famous writer, is traveling all over Earth, far away from her home in the second moon colony. Within the text of Olive’s bestselling novel lies a strange passage: a man plays his violin for change in the echoing corridor of an airship terminal as the trees of a forest rise around him.

When Gaspery-Jacques Roberts, a detective in the black-skied Night City, is hired to investigate an anomaly in time, he uncovers a series of lives upended: the exiled son of an aristocrat driven to madness, a writer trapped far from home as a pandemic ravages Earth, and a childhood friend from the Night City who, like Gaspery himself, has glimpsed the chance to do something extraordinary that will disrupt the timeline of the universe.