The Licanius Trilogy, book 1: The Shadow Of What Was Lost 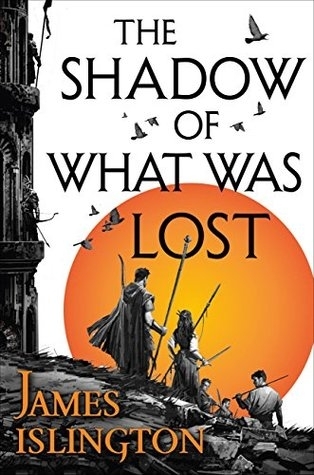 "Will appeal not only to The Wheel of Time readers, but to anybody looking for a coming-of-age fantasy tale with likeable characters and strong worldbuilding." - Fantasy Faction

It has been twenty years since the god-like Augurs were overthrown and killed. Now, those who once served them - the Gifted - are spared only because they have accepted the rebellion's Four Tenets, vastly limiting their own powers.
As a young Gifted, Davian suffers the consequences of a war lost before he was even born. He and his friends are despised beyond their school walls for the magical power they wield: a power that Davian, despite his best efforts, cannot seem to control. Worse, with his final test approaching and the consequences of failure severe, time to overcome his struggles is fast running out.
But when Davian discovers he wields the forbidden power of the Augurs, he unwittingly sets in motion a chain of events that will change his life - and shake the entire world.

Titre original : The Licanius Trilogy, book 1: The Shadow Of What Was Lost (2014)