The Story of China: A Portrait of a Civilisation and Its People 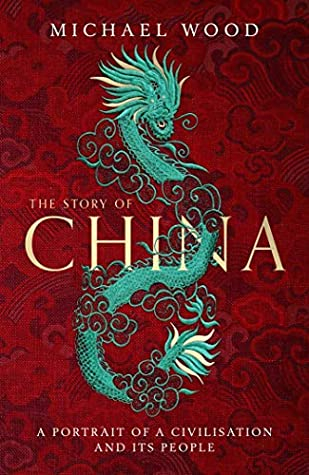 One of the world’s oldest civilisations and the longest lasting state, China’s story is extraordinarily rich and dramatic, stretching back thousands of years. In our time, after a century and a half of foreign invasion, civil war and revolution, China has once more returned to centre stage in the world, a global superpower and as of 2016, the world’s second largest economy. But in order to understand the great significance of China today, we must begin with its history. It is only when we look at China that we can become exactly aware of our own identity, and that we can begin to perceive which part of our heritage truly pertains to universal humanity, and which merely reflects Western idiosyncrasies. In other words, to understand the story of humanity is impossible without China. Michael Wood takes a fresh look at Chinese history in the light of the current massive changes inside the country, and how its people and leaders see their place in the world, and its place on the world stage. As President Xi Jinping put it: Mao unified China, Deng Xiaoping began the process to make it wealthy; now under Xi , as was proclaimed at the Congress of October 2017, China has also regained its power.

The Story of China, researched and written by one of the UK’s pre-eminent historians, is a single-volume history told in a new way: mingling a grand sweep narrative with deep-core, local, personal stories – all woven together with landscape history and the author’s own travel journals.