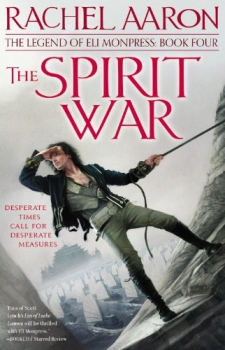 Eli Monpress is vain. He's cocky. And he's a thief.

All Eli Monpress wanted was the biggest bounty in the world. He never meant to have obligations, or friends, but master swordsman Josef Leichten and Nico, the daughter of the dead mountain, have saved Eli's life too many times to be called anything else. But, when a friend upsets your plans and ruins all your hard work, what's a thief to do?

After years of running from his birthright, Josef is forced to return home and take up his title as prince. War is coming for humans and spirits between the Immortal Empress and the Council of Thrones, and Josef's little island is right in the middle. But conquest isn't the Empress's only goal, she has a personal vendetta against a certain thief.

What started as a simple side trip to help a friend is rapidly turning into the most dangerous job of Eli's career, but he can't back out now, not when Josef needs him. But when you're under attack from all sides, even the world's greatest thief can find himself cornered, and it's going to take all the fast talking Eli can muster to survive the next few days.