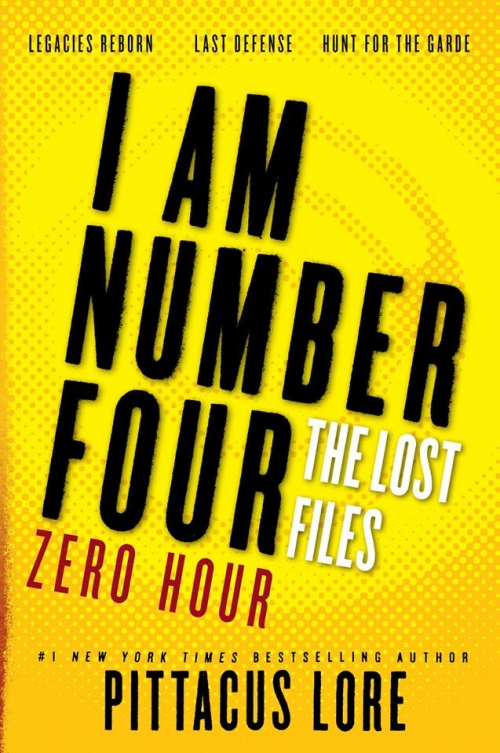 The perfect companion book to the #1 New York Times bestselling I Am Number Four series!

I Am Number Four: The Lost Files: Zero Hour is the fifth collection of novellas from Pittacus Lore. Originally published separately, they are now together in one print volume for the first time ever.

Lost Files #13: Legacies Reborn gives a look at the Mogadorian invasion from the perspective of Daniela Morales, a human teen who’s shocked to discover aliens are attacking New York—and that she suddenly has the power to fight back.

Lost Files #14: Last Defense reveals what happens to Malcolm Goode after the warships descend. To get to the president’s secret bunker near Washington, DC, he’ll have to fight his way through a war zone.

Lost Files #15: Hunt for the Garde picks up after the events of The Fate of Ten, following the stories of three different Mogadorians. One will do anything for redemption. One has a thirst for blood. One questions everything.

You know about the invasion of Earth, and the Garde who will do anything to stop it. Yet there is still so much to learn. The stories in Zero Hour will help you get the answers you seek, but only the Garde and their allies can save our planet.