The Five: The Untold Lives of the Women Killed by Jack the Ripper 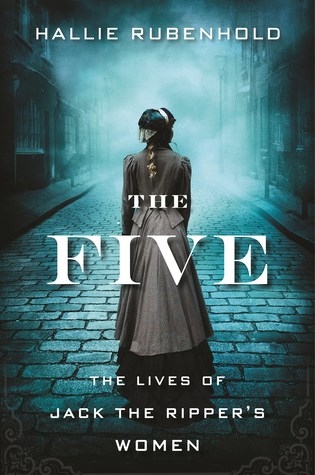 Miscast in the media for nearly 130 years, the victims of Jack the Ripper finally get their full stories told in this eye-opening and chilling reminder that life for middle-class women in Victorian London could be full of social pitfalls and peril.

The "canonical five" women murdered by Jack the Ripper have always been dismissed as society's waste, their stories passed down to us wrapped in a package of Victorian assumptions and prejudice. But social historian Hallie Rubenhold sets the record straight in The Five. In reality, only two of the victims were prostitutes, and Rubenhold has uncovered entirely new research about them all--in some cases, material no one has ever seen before.

The Five tells for the first time the true stories of these fascinating women. It delves into the Victorian experience of poverty, homelessness, and alcoholism, but also motherhood, childbirth, sexuality, child-rearing, work, and marriage, all against the fascinating, dark, and quickly changing backdrop of nineteenth-century London. From rural Sweden to the wedding of Queen Victoria, from the London of Charles Dickens to the factories of the Industrial Revolution and the high-class brothels of the West End, these women were not just victims but witnesses to the vagaries and vicissitudes of the Victorian age.