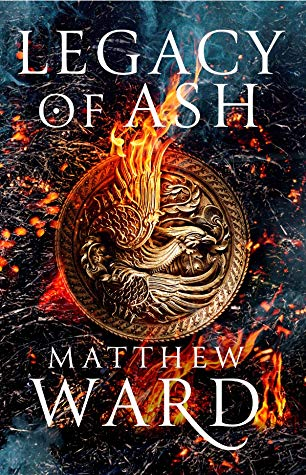 In this action-packed epic fantasy debut, three heroes scarred by old hatreds must find a way to overcome their pasts if they are to have any chance of saving their crumbling Republic from complete destruction. Perfect for fans of George R. R. Martin, Brent Weeks, and Brandon Sanderson.
A shadow has fallen over the Tressian Republic.
While the armies of the Hadari Empire invade the borderlands, the Republic's noble families plot against each other, divided by personal ambition.
But as Tressia falls, heroes rise.
Viktor Akadra is the Republic's champion and conqueror of the rebellious south. A warrior without equal, he also hides a secret that would see him burned as a heretic.
Josiri Trelan would gladly see Viktor condemned to the flames - vengeance for a rebellion crushed and a mother slain. And while Josiri plots fresh insurrection, his sister, Calenne, is determined to escape their tarnished legacy and break the shackles of the past.
As dark days beckon, these three must overcome their differences to save the Republic. Yet decades of bad blood are not easily set aside. Victory - if it comes at all - will command a higher price than they could have imagined.