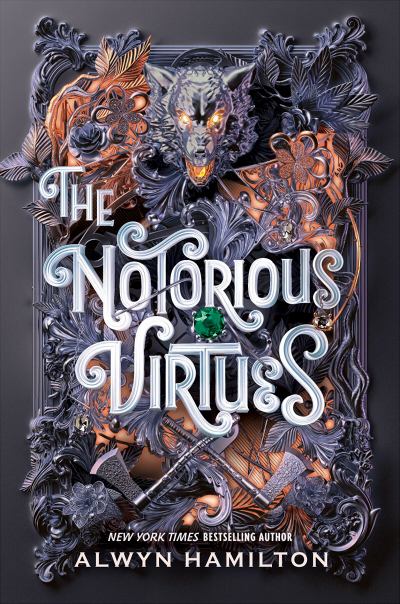 At sixteen, Honora “Nora” Holtzfall is the daughter of the most powerful heiress in all of Walstad. Her family controls all the money–and all the magic–in the entire country. But despite being the center of attention, Nora has always felt like an outsider. When her mother is found dead in an alley, the family throne and fortune are suddenly up for grabs, and Nora will be pitted against her cousins in the Veritaz, the ultimate magical competition for power that determines the one family heir.

But there’s a surprise contestant this time: Lotte, the illegitimate daughter of Nora’s aunt. When Lotte’s absent mother retrieves her from the rural convent she’d abandoned her to, Lotte goes from being an orphan to surrounded by family. Unfortunately, most of them want her dead.

And soon, Nora discovers that her mother’s death wasn’t random–it was murder. And the only person she can trust to uncover the truth of what happened is a rakish young reporter who despises everything Nora and her family stand for.

With everyone against her, Lotte’s last hope is hunting for the identity of her father. But the dangerous competition–and her feelings for Theo, one of the Holtzfalls’ sworn protectors–turns her world upside down.

Incredible tests, impossible choices and deadly odds await both girls. But there can only be one winner.