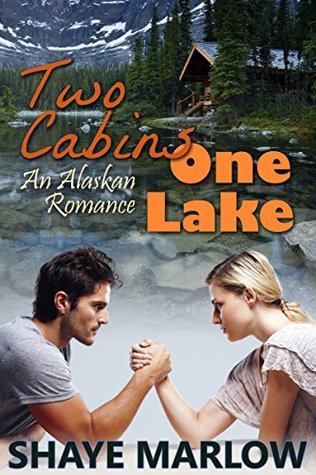 Helly is a volatile blonde with a passion for fishing, a grudging tolerance for the fishermen she guides, and a part-time job putting her sexual fantasies in writing. She lives a quiet life in the Alaskan bush, alone on her little lake with only a spooky dog and her gun collection for company.

But then Gary, the most obnoxious man Helly’s ever met, roars into her life. The mysterious helicopter pilot moves into the cabin across the lake with a vengeance. And fire. And karaoke. He’s a despicably early riser with a penchant for public indecency, a talent for trespassing… and he’s handsome as the devil, with abs she’d like to lick.

Helly quickly realizes her little lake isn’t big enough for the two of them. After an initial attempt at being reasonable, and responsible, and mature, she gives up—and gives as good as she gets. What follows is a feud of eardrum-battering intensity; a no-holds-barred water fight to the tune of a screaming chainsaw, with her panties caught in the crossfire.

Just when Helly thinks things couldn’t possibly get any worse, her crazy brothers crash the party. In an unforgiving land where even the wildlife is out for blood, can the pair survive long enough for Gary to capture Helly’s heart, along with her wrists? Or will Gary’s past be the final blow, after Helly loses her boat, her dignity, and what’s left of her ammo?

For lovers of Alaskan romance and romantic comedy, Two Cabins, One Lake is a sexy, standalone contemporary romance novel with action & adventure, a splash of mystery & suspense, and a satisfying conclusion. Take a vacation to Alaska, where everything's bigger & wilder. You'll laugh out loud!