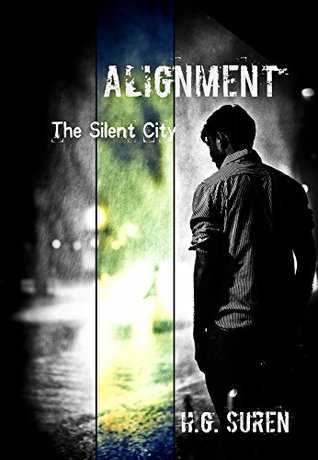 Five friends wake up to discover they are left alone on Earth--the rest of humanity is gone.

Empty streets are littered with stalled-out cars, buses, and motorcycles. A sunless and moonless sky is covered with an enormous barrier that prevents any view of the heavens.
And silence, pervasive and absolute, reigns. Nothing stirs. The air is oppressive and there is no wind, not even the softest breeze.

As far as the five friends can tell, there isn't another living thing on earth other than them, neither animal nor plant. What happened to life on earth while they slept? Or is it that something happened to them? Are they still on earth, or have they somehow been transported elsewhere? If so, where? Heaven? Hell? Another planet? Or are they pawns in a sophisticated computer game? Or is it all just their imagination?

Aram believes they aren't dead. He believes if there is a way into the Silent World, then there must be a way out. He convinces his friends to stay focused and put up a worthy fight to find their way back to the reality they once knew. He can't give up, because somewhere out there, beyond the frightening new world, his new-born son is waiting for his Daddy's return.