The Best of R. A. Lafferty 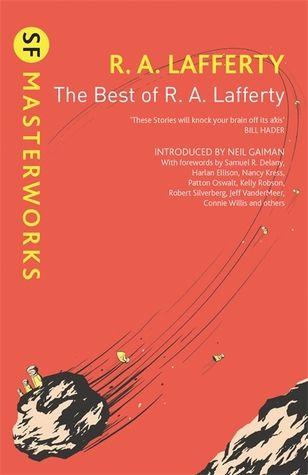 Edited and collated by Jonathan Strahan, with a volume introduction by Neil Gaiman, THE BEST OF R.A. LAFFERTY is the authoritative collection of short fiction by R.A. Lafferty.

Acclaimed as one of the most original voices in modern literature, Raphael Aloysius Lafferty has been awarded and nominated for a multitude of accolades over the span of his career, including the World Fantasy Award for Lifetime Achievement.