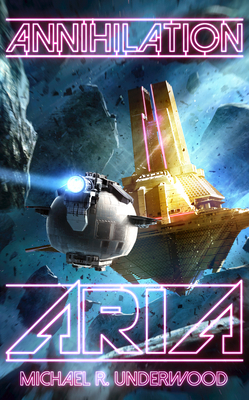 An exuberant space opera that dares us to lose ourselves in battle songs and nonstop action!

A woman who can wield a weapon like a song and her voice like a weapon. A man who can out-think any problem. A pilot who can outmaneuver the best of them. Lahra, Max, and Wheel live and work aboard the Kettle, salvaging artifacts from dangerous galactic ruins to keep scraping by.

But those artifacts can unlock an ancient power which threatens the iron-fisted rule of the galaxy’s imperialist overlords, the Vsenk. To protect their dominion, the Vsenk have humbled entire civilizations. They eat ships like the Kettle and her found family for breakfast.

Lahra, Max, and Wheel are each just trying to get home to the lives they lost, but they’ll have to evade space fascists, kick-start a rebellion, and save the galaxy first to do it.

Board the Kettle for a space opera like none you’ve ever read before; an adventure of galactic subterfuge, ancient alien lore, a secret resistance force, lost civilizations, and giant space turtles.