A selection of his greatest cases 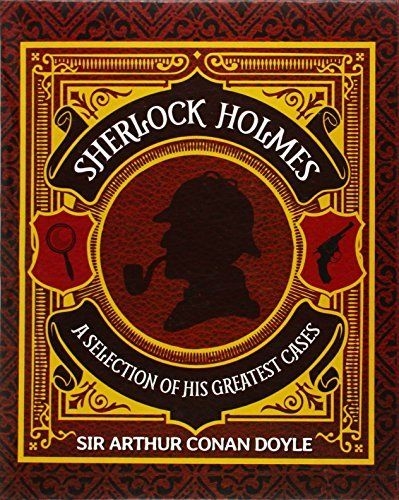 This beautifully presented slipcase edition offers a selection of the master detective's greatest cases, including the most popular Holmes story ever written, The Hound of the Baskervilles.
In addition to this full-length novel, the compendium comprises short stories drawn from his major collections The Adventures of Sherlock Holmes, The Memoirs of Sherlock Holmes and The Return of Sherlock Holmes.Features include: The Hound of the Baskervilles Conan Doyle s most famous Holmesian novel; 13 classic short stories; authentic, atmospheric illustrations by Sidney Paget; insightful introduction by leading crime writer, Martin Edwards, founder-member of the Murder Squad collective of crime writers and editor of the Crime Writers' Association s annual anthology.

Titre original : A selection of his greatest cases (2015)