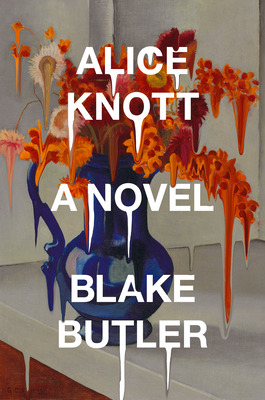 From the ingenious mind of a language master: a wildly inventive novel about art, surveillance, our age of viral violence—and one woman's psychic survival

A troubled, reclusive heiress, Alice Knott lives alone, haunted by memories of her deceased parents and mysterious, near-identical brother. Much of her fortune has been spent on a world-class collection of artwork, which she stores in a vault in her lonely, cavernous house. One day, she awakens to find several of her most prized artworks destroyed, the act of vandalism captured in a viral video that soon triggers a rash of copycat incidents. As more videos follow, and an astonishing legacy of international art hangs in the balance, Alice finds that she has become the chief suspect in an international conspiracy—even as her psyche becomes a shadowed landscape of childhood demons and cognitive disorder.

Hallucinatory, unsettling, almost physically immersive, Alice Knott is a mind-bending rabbit hole of a narrative: a virtuoso exploration of the meaning of art, the corporatization of culture, and the lasting afterlife of trauma, as well a deeply humane portrait of a woman whose struggles feel both fantastically apocalyptic and dangerously, universally real.