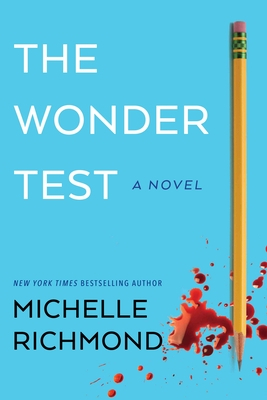 Escaping New York City and the espionage case that made her question everything, recently widowed FBI Agent Lina Connerly returns home to sell the house she has inherited in tony Greenfield, California. With her teenage son Rory, Lina hopes to reassemble her life, reevaluate her career, and find a clear way forward. Adrift and battling insomnia, she discovers that her father's sleepy hometown has been transformed into a Silicon Valley suburb on steroids, obsessed with an annual exam called The Wonder Test.

When students at her son's high school go missing, reappearing under mysterious circumstances on abandoned beaches, Lina must summon her strength and her investigative instincts, pushing her own ethical boundaries to the limits in order to solve the crimes. Meanwhile, an old espionage case called Red Vine keeps calling her back into the fold. While Lina struggles to balance her new role as a single mother and the complex counterintelligence puzzles she is so adept at solving, Greenfield's shadowy dangers creep closer to her own home.

A searing view of a culture that puts the well-being of children at risk for advancement and prestige, and a captivating story of the lengths a mother will go for her son.