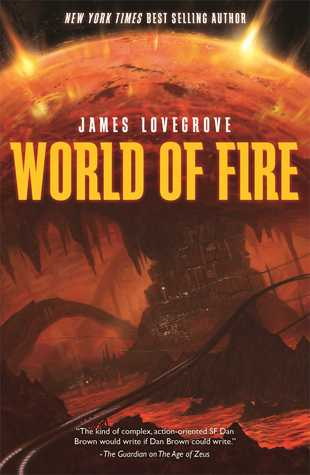 Dev Harmer wakes in a new body with every mission, and he has woken this time on Alighieri, a planet perpetually in flames, where the world's wealth lies below the elemental surface, and humanity is not the only race after it.

Dev Harmer, reluctant agent of Interstellar Security Solutions, wakes up in a newly cloned host body on the planet Alighieri, ready for action.

It’s an infernal world, so close to its sun that it surface is regularly baked to 1,000°C, hot enough to turn rock to lava. But deep underground there are networks of tunnels connecting colonies of miners who dig for the precious helium-3 regolith deposits in Alighieri’s crust.

Polis+, the AI race who are humankind’s great galactic rivals, want to claim the fiery planet’s mineral wealth for their own. All that stands between them and this goal is Dev. But as well as Polis+’s agents, there are giant moleworms to contend with, and a spate of mysterious earthquakes, and the perils of the surface where a man can be burned to cinders if he gets caught unprotected on the day side...