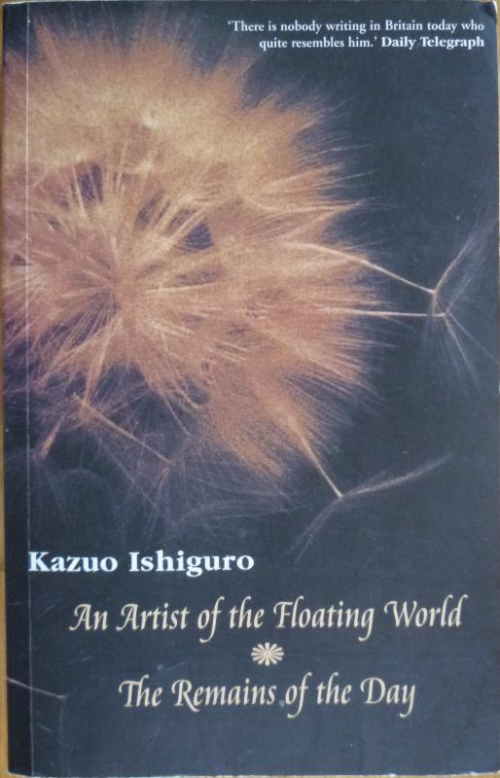 An Artist of the Floating World - "A work of spare elegance : refined, understated, economic." Sunday Times
Winner of the Whitbread Book of the Year Award in 1986, An Artist of the Floating World is set in 1948 as Japan rebuilds its shattered cities, moving on from past defeat to a promising future. On a more mundane scale renowned painter Masuji Ono spends his time repairing his house, pottering in his garden, having a quiet drink with friends, and looking after his grandson. It sounds like a pleasantly tranquil retirement, but there is a shadow hanging over the old man, as his memories return continually to a past mired in the rise of Japanese militarism.

The Remains of the Day - "The Remains of the Day is a dream of a book : a beguiling comedy of manners that evolves almost magically into a profound and heart-rending study of personality, class and culture." New York Times Book Review.
When Stevens, the long-serving butler of Darlington Hall, decides to take a six-day driving trip into the West Country, he also takes an excursion into the past, a past that not only includes two world wars, but also an unrealised love with his housekeeper.
Winner of the 1989 Booker Prize, this is a masterpiece of storytelling, humorous, moving and quite dazzling.

Titre original : An Artist of the Floating World - The Remains of the Day