Doctor Who: The Shooting Scripts 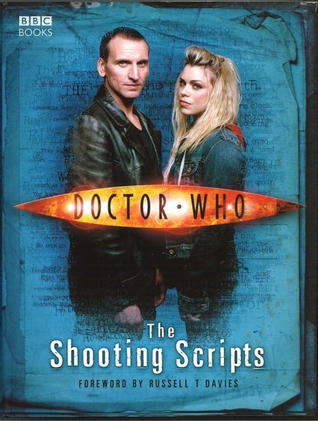 On the 26th of March 2005, Doctor Who returned to our screens after an absence of 16 years, with a new Doctor, a new assistant and thirteen thrilling new adventures. This book collects together the entire shooting scripts for the first series. Seven of the scripts are by Russell T Davies, with the remainder by Steven Moffat, Robert Shearman, Paul Cornell and The League of Gentlemen's Mark Gatiss. Each story contains the essential ingredients of time travel, adventure, and the mixing of the ordinary with the fantastical that have always characterized the series, while at the same time being thoroughly in tune with contemporary culture and society. This is a Doctor Who for an age defined by irony, technology and celebrity, and the shadow cast by 9/11. It is also cinematic, with fast cutting and special effects that will satisfy viewers brought up on contemporary film and television sci-fi. The shooting scripts give a unique insight into how the first series was visualized and acted. Alongside the exciting action sequences and dialogue are hints about the characters' emotions, and evocations of the settings in which their adventures take place.

Pacey, atmospheric and thoroughly absorbing, these scripts practically read like novels. Each of the scripts is illustrated with full-colour screen grabs, ensuring the book appeals to broad audience. Introductions by the writers explain the inspirations for the first series and the fascinating process of creating a Doctor Who script. As the one book that ties directly into the first series, this is a must-have self-purchase or gift for all Doctor Who fans.