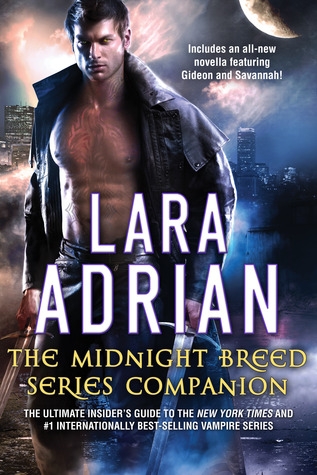 Part human, part otherworldly, the Breed has lived among humankind in secret for thousands of years . . . and now fans of the popular, best-selling Midnight Breed Series can delve deeper than ever before into this hidden, seductive race of vampires and the dark, thrilling universe they inhabit.

A book that's been years in the making, the Midnight Breed Series Companion includes insider info on all of the novels, author notes on the creation of the story world and how the eleven-book (and counting!) series has evolved since its beginning as a contracted trilogy, a complete character guide, series trivia, questions from readers and more.

This special series companion also includes "A Touch of Midnight"--an all-new, never-before-published, original novella featuring Gideon and Savannah, which finally reveals the story of how this reader favorite couple met and fell in love, and answers many questions that fans have been curious about since the series began!