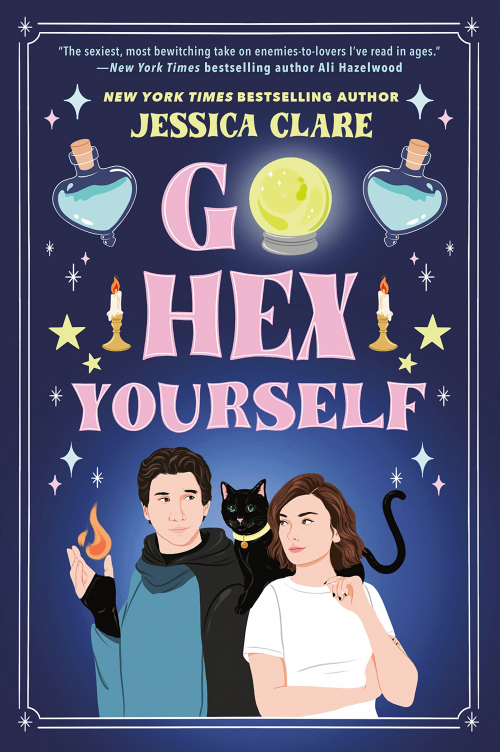 When Reggie Johnson answers a job ad in the paper, she’s astonished to find that she’s not applying to work at her favorite card game, Spellcraft: The Magicking. Instead, she’s applying to be an actual familiar for an actual witch. As in, real magic.

The new job has a few perks - great room and board, excellent pay, and she's apprenticing to a powerful witch. Sure, the witch is a bit eccentric. And sure, there was that issue with the black cat Reggie would prefer to forget about. The biggest problem, however, is warlock Ben Magnus, her employer's nephew and the most arrogant, insufferable, maddening man to ever cast a spell.

Reggie absolutely hates him. He's handsome, but he's also bossy and irritating and orders her around. Ben's butt might look great in a crystal ball vision, but that's as far as it goes. But when someone with a vendetta targets the household, she finds herself working with Ben to break a deadly curse. Apparently, when they're not fighting like cats and dogs, things get downright...bewitching.