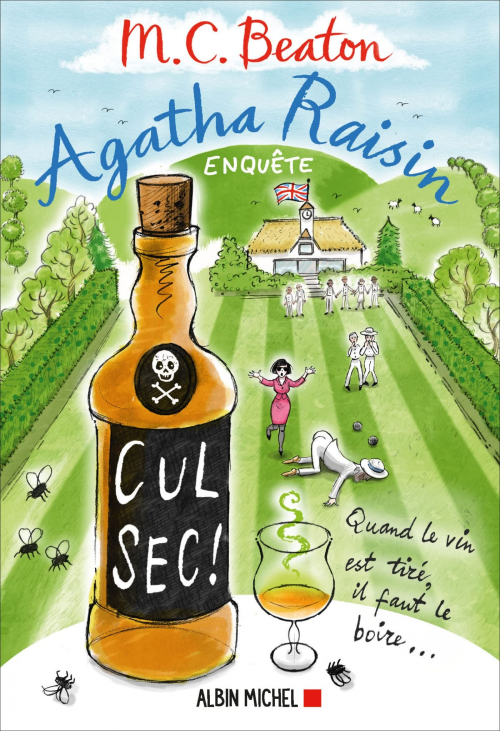 Private detective Agatha Raisin, having recently taken up power-walking, is striding along a path in Mircester Park during her lunch break when she hears a cry for help. Rushing over, she finds an elderly couple, Mr. and Mrs. Swinburn, in the middle of the green--with the body of an old man lying at their feet.

The man, who the coroner determines died by poisoning, was known as the Admiral, a gardener notorious for his heavy drinking, and Chief Inspector Wilkes writes the death off as an accident caused by the consumption of weedkiller stored in a rum bottle. Agatha is not convinced that anyone would mistake weedkiller for rum but carries on with her work at Raisin Investigations, until she receives an anonymous tip that the Admiral's death was no accident.

Local gossip points to the Swinburns themselves as the killers, spurred by a feud at the club where they, as well as the Admiral, were members. Distraught at this accusation, they turn to Agatha to clear their name, and she takes the case--despite the warnings of Chief Inspector Wilkes.

Agatha encounters one suspicious character after another, becoming further enmeshed in the Admiral's own dark and shady past. And when she's run off the road, narrowly escaping with her life, and then another attack occurs, it becomes clear that someone doesn't want the case closed--and will stop at nothing to prevent Agatha from solving it.